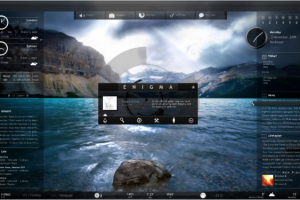 The introduction of the open-source Rainmeter 2.3 which is a desktop customization tool has brought about a couple of changes which will impact positively on most if not all windows users. Windows users can now customize their desktops beyond the features provided by OS. This can be done by using a number of ‘skins’  which can be manually created by the user or better still downloaded online. This has been made possible, thanks to the Rainmeter 2.3 tool. The most notable feature that comes with this software is the rainmeter skin package system which basically simplifies the process of distributing new user-created skins to many others. When installing new skins, themes or custom plugins in rainmeter, users will be needed to use the new standalone rainmeter skin packager. This is an application which can be obtained from the manage menu and allows switching between them. Users can also share with others their own customized skins.

Other notable improvements include the introduction of @resources folder within skins. This is used for storing, distributing and using images, fonts, add-ons and sounds. This is an improvement available in the rainmeter software. It is believed that this will simplify the development process of skins while making it reliable at the same time. The installation process has also been fastened, thanks to the new rainmeter tool. It actually reduces the whole installation process to just a few clicks and seconds. The dialogue box is also available to provide necessary information on the currently operating skin. This helps users to track problems that are likely to arise. Rainmeter covers 35 languages; a great improvement and extension indeed. Other improvements which will be of great benefit to users include the resource-friendly RecycleManager and the new OnCloseAction settings which aids in providing actions when a skin is closed.