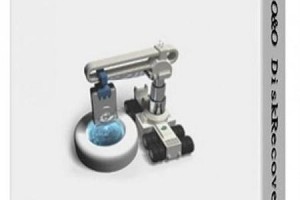 The O&O Software from Berlin has released the latest version of its data recovery tool the DiskRecovery 8.0. Built as a 64 bit app the DiskRecovery 8 can identify more file extensions than its earlier versions and come up with more improvement functional performances. It contains tools to recover images as well as video files as a plus to its earlier capability. The program also contain compression mechanism to convert files and folders into their zipped version. The application can generate zip as well as 7 zip compressions.

Designed as a professional program for individual users the DiskRecovery 8 can fulfill the demands of corporate environment. The simple user interface with wizard function can easily locate files, recover lost or deleted data and fix corrupt sectors in PC hard drives.

The DiskRecovery 8 from O&O Software has extended file recognition system. It is designed to stay in the market for long. Its core elements can comply with the yet to release Microsoft Office 2013 formats. A total of 350 plus formats and extensions are now supported in the application.

Apart from the Microsoft Office 2013 release compatibility, the program is also designed to support the system files of another yet to release operating system, Windows 8. The data transfer protocol for the program can support digital cameras for image, video file transfer, storage and compression.

The program can be installed from a USB device to any Windows OS variant computers. Its recovery has three functional variations like retrieving accidentally deleted files by using O&O UnErase, data recovery due to partition and drive formatting. The recovery tool has no doubt extended its working capacities into three areas that makes our computers prone lose its content. With scope to specify certain file type the users can enjoy the customization features.

The O&O Software DiskRecovery 8 comes with limited edition trial version and available in both the 32 bit and 64 bit OS’s.