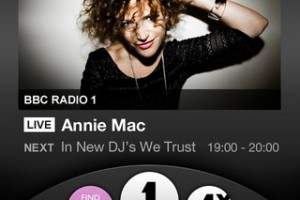 BBC fans now have a reason to smile because of the new iPlayer radio tool launched by the corporation. Announcing the release of the program, British Broadcasting Corporation said it is going to benefit computer users as well as those with tablets.

The BBC iPlayer Radio is a good platform that makes it easier for funs to listen live broadcast through their computers or mobile phones. The feature is set to be better because of more expansions planned later after its release. Currently, it has live radio and videos, clips download and social media feeds. The BBC iPlayer is a smartphone app that has a lot of advantages to offer the user. For instance, there alarms that can be set up and make it possible to listen to radio programs and DJS. It is also possible for users to discover the tracks that are currently playing. Needless to say, the smartphone tool also makes it possible to share the favorite tracks with friends. This is a clear indication that this is a platform that encourages socialization.

With the BBC iPlayer radio is all you need if you do not want to miss out on any program on BBC. The app makes it possible to have a reminder that will alert you when your favorite show is on air. Swiping is all you need to do in order to catch up new content and enjoy the shows on BBC. As long as the user is able to spin the dial, it will be possible to listen to a wide range of BBC stations. According to the BBC official in charge of online content, the smartphone app is meant for the audience that needs a bigger choice for programs and a more control option. The audience will be able to access online content from any place in the world.