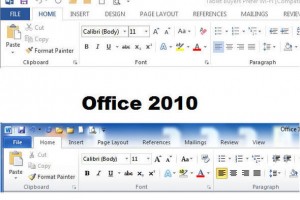 Microsoft has announced the release of Office 2013 for manufacturing. it is a new software that comes packaged with windows RT.

However, enthusiast and customers in general will have to wait for sometime before it is released to the market. Office 2013 promises to be good software but it is going to be released in the first quarter. The good news is that Microsoft has announced a free version of the product alongside the purchase of Office 2010. Office 2013 is new software that shares a lot of similarities with the Windows 8. The usage scenarios are more versatile and updated. The scenario also includes communication and reading capabilities that are easy to use. These are very fundamental features for any tablet. The touch operations are even better compared to the predecessors.

Majority of the developers and professionals will enjoy the privileged of getting the software at an early stage. This is scheduled for November and it can be downloaded through MSDN or TechNet. The same privilege will be enjoyed by volume licensing customers and they will be able to get it in mid November. Nonetheless, the price of Office 2013 has not yet been disclosed and this will be known on the first date of December. Microsoft has also announced that it plans to release office 365 enterprises concomitantly as the Office 2013. The development of the software has already been completed and the software will be available for purchase alongside new computing devices. The release of the Office 2013 could not have come at a better time after Microsoft’s public preview generated a lot of anticipation to the public. The time for release of the software is also good because it is packaged with windows RT. All these will be ready for purchase on any new computing devices in a fortnight.