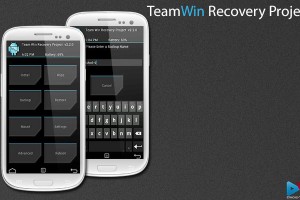 Team Win Recovery Project has recently announced the release of the latest version of its custom recovery program known as TWRP. The new version has packed features with numerous helpful bug fixes.

TWRP 2.4 now boasts of better features than its predecessors.  It has all it takes to create TAR files that can exceed 2 GB. The custom recovery section is even more superb because it allows memory cards that have been formatted with exFAT format.  There is also more compatibility if you want to decrypt both internal and external storage especially in Samsung devices. Moreover, there are more options if the user wants to install Apps using ADB side load. If you want to install the apps and perform custom distribution form to different devices, you now enjoy the freedom of selecting whether you need wipe cache or simply dalvik cache.  The improvements made are simply what users have been yearning for and they make the 2.4 version of TWRP more useful than the previous ones. The same thing can be said about the OpenRecoveryScript of the program. It is more improved and has been equipped with the necessary features to be able to display the graphical user interface even when the script is still running.

There are also other notable and amazing changes made to the TWRP 2.4. For instance, if there are more counterparts that have been written in the C programming language, it is possible to change some of the system calls. The file manager feature has also been enhanced to include better gab fixes and be in a position to display lists appropriately. These are just but some of the amazing features that maker the TWRP 2.4 a remarkable program that should be in the list of credible rankings. It is not only reliable but also easy to use.  The program is now available for download from the Team Win Recovery Project website.