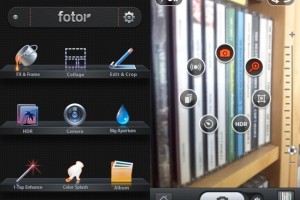 Fotor, the most popular app for image editing on the smartphones, is now ready for download for PCs and Macs. The Fotor app is already known for its simple user interface that has turned the photo editing works easier than ever before, especially on touch based phone OSs like iOS and Android, is a much known app to upper grade handheld users. Now the same program has got ready to simplify your photo editing works on PC and Mac.

Download the Fotor that combines multiple straightforward photo editing functionalities starting from the fixing the light, contrast, colors, sharpness etc. Fotor has unique mechanism to work on different fields at a time to deliver a mixed result that stands for quality. In other photo editor software’s, if the image’s lighting effect is not correct, one would be fixing it by making adjustment on multiple criteria. In Fotor, one don’t need to do that. Only pressing on the right lighting mode will make things work for the user. The software is enriched with a good number of lighting conditions definitions so one can set image under different mode.

Besides the lighting mode, Fotor comes with a good number of lighting effects that are capable enough to turn a dull appearance picture to an enthralling one in quick press. All the other changes will automatically get done when you select the lighting effect. As said earlier the Fotor is designed to give you less pain of photo editing and many functionalities of photo editing have been automated in the Fotor.

Apart from the lighting effects and modes, there are multiple framing option, blur positioning capabilities and other freaking tweaks inside the Fotor. Chill the photo editors with all custom designed and developed Fotor. With social media integration for Facebook, Twitter and Flicker websites, Fotor provides one with a photo and graphical editing tool that is rich in practical uses and applications. Start from adjusting the contrast, temperature, cropping and resizing your photo, transferring file into multiple formats and in layouts, etc are possible with the Fotor.

For sure Fotor as a desktop app needs some improvements which are not hard to manage and these improvements will soon come in it. Till then, Fotor stands as an excellent photo and graphic editing tool just like on your smartphones, now on your desktops and PCs.