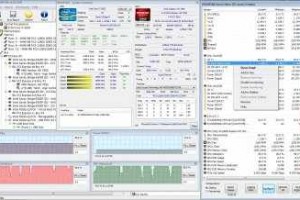 HWiNFO64 stands for Hardware Information, it’s a comprehensive tool that can diagnose industrial standards for latest technological components. It will inform you about the hardware condition as well as driver information that may suit in your machine performance case. So what does it actually help you in? Well, whenever you are not sure of updating and upgrading your system and hardware utility, for instance, which upgrade or update can make your system to run better, HWiNFO64 will give you precise information on those. This will make you to specifically look for certain hardware as well as software solution to enhance your computer performance.

HWiNFO64 has also received number of awards that include Softpedia, Chip Pick, CNET Editors Rating and so on. This software has received numerous editors pick review. The software tool has HWiNFO 32 and HWiNFO as its earlier version while the numbers denote the bit platform indication for operating systems.  Released on January, 2014 the HWiNFO64 can run on all Windows OSs.

Try the HWiNFO64 when you need to know how your system hardware, software and driver updates are working together. Also come to know which tweaking and update can help your machine to perform better. The HWiNFO64 is a quick tool that requires no installation virtually and instantly starts to function. Get relief from your hardware and software integration with the HWiNFO64.