Take control of Windows files and folders with RunAsTrustedInstaller 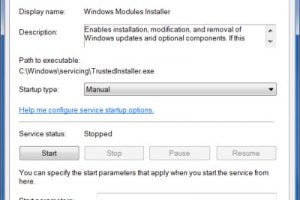 An administrator of a windows program may run windows and prevent a program with no rights from access to a file, registry key or from carrying out some other task. However, this will not always be the case as the program may in one way or another get access to the files and folders causing some interference. Therefore, the TrustedInstaller is important in giving one extra control of windows files and folders.

TrustedInstaller is not by itself dangerous. However, downloading the program may be challenging as some antivirus engines tend to term it as a malware. This is because theoretically it could be used by hackers for malicious purposes. When you unzip the download, there are two executables. One is the RunAsTI.exe (32- bit) and the other is RunAsTI.exe (64-bit). A command window with TrustedInstaller rights appears once you click on either one of the two executables.

To confirm on this procedure, a person can run a copy of process Explorer. This is by double clicking on the extra privileged cmd.exe and choosing the security tab whereby an account should appear. The account list should include NT SERVICE/TrustedInstaller as an owner. By launching a program from your computer system, say, REGEDIT, it inherits the same privileges.

You have to be careful on what you are doing to your PC and beware of the reasons behind which windows does not allow one to delete or change particular files and folders in the computer system. Bypassing that protection could easily result in trashing your PC.