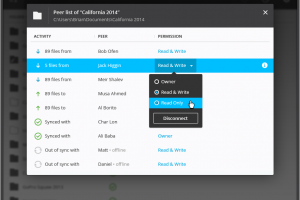 BitTorrent Sync helps in sharing of various files and folder, thereby allowing one to access the given information present in these entities

The Final version of the BitTorrent client, uTorrent version 3 was released on 23rd June 2011. The new version comes with many improvements over the previous, in major including a direct streaming ability for music and video files. The streaming feature allows video files to be viewed before they are downloaded. […]