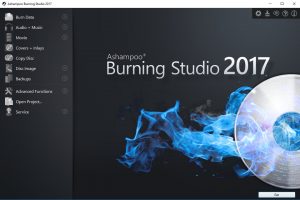 Ashampoo Burning Studio 2017 is a free disc burning suite with some interesting extras and beautiful, impressive user interface. The core of the program works much like the competition. Choose your project type – a data disc or an audio CD – then drag and drop your source files onto the interface, and you […] 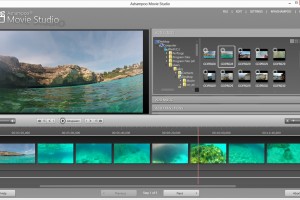 Ashampoo Burning Studio 10 is the all-round tool for all CD, DVD and Blu-ray disc burning tasks. The main focus of this faster, more powerful premium version is even better authoring capabilities for building video and audio discs using the latest formats.

CyberLink announces the launch of latest version of PowerDVD, PowerDVD 10.PowerDVD 10 users will be able to enjoy a wide range of added features and functions.

The latest version of hard drive backup program is now compatible with Windows 7. Comparing to previous version we find out that interface is kept the way as it was before and gained something more. The base of program is an automatic backup of hard drives or cloning it and creating the restore points in case of functionality failure.

Burner software too complicated? Get power, simplicity and file backup too! The new Ashampoo Burning Studio 6 FREE keeps all the advantages of its predecessor and adds multi-disc file backup, an integrated audio CD ripper and further improved support for the exciting new Blu-ray format with capacities of up to 25 gigabytes per layer.

End Possibly In Sight For DVDs

According to Netflix executives, the days of the DVD may be numbered – but the replacement media isn’t Blu-ray.

Reed Hastings, CEO of Netflix said in a Montley Fool podcast that sometime within the next two years, DVDs may no longer be the number one source of the company’s video distribution. He did not give any specific predictions for what would assume the top spot, but it can be inferred from several statements in the podcast that he doesn’t believe Blu-ray will assume the crown. If that’s true, then he is echoing the sentiments of many theorists that have spoken up since Blu-ray won the format war with HD-DVD.

These days, the list of devices able to connect to the internet is getting longer. While TVs have long been able to connect to the Web, a new generation of HDTVs and DVD players are taking advantage of web sites that provide high bandwidth services such as Amazon Video and YouTube. Consumer electronics and web connectivity is an exciting development but will never be bigger than the day when TVs took the obvious step to be Internet capable. What differentiates modern devices now is that they are able to consume a wider variety of web services that were only available recently because of the penetration of cheap broadband internet such as that provided by DSL.

Burner software too complicated? Get power, simplicity and file backup too!