A $99 Windows tablet with a free year of Office 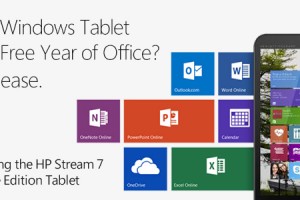 Who says you can’t get a bang for your buck this Holiday? Stay entertained and productive wherever you go with the pocket-sized HP Stream 7 Signature Edition tablet.