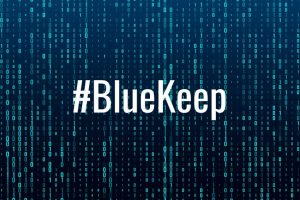 Because of the critical security vulnerability of CVE-2019-0708 in Windows, also known as BlueKeep, a public and open source exploit is already available as part of the free penetration framework of Metasploit.

This was announced by the creator of the framework, Rapid7.

Users who have not already done so are advised to install the vulnerability update as soon as possible.

Exploit in Metasploit is functional against 64-bit versions of Windows 7 and Windows Server 2008 R2. Exploit requires the user to manually specify the details of the target system and cannot be used directly for mass automated attacks.

In May, BlueKeep’s vulnerability is found in Remote Desktop Services, providing remote access to the desktop via RDP, and can be exploited remotely over the network, requiring no user authentication or user interaction by default, and allows attackers to select code and gain control over the infected system.

Immediately after BlueKeep’s vulnerability information, several security companies have developed functional exploits capable of running code on the infected computer that they demonstrated on the videos. Initially, no exploit was published and probably at least not publicly offered for sale, but at the end of July, such an exploit for the 32-bit version of Windows 7 became part of a new version of the legitimate paid Canvas 7.23 penetration software.

According to available information, the vulnerability is not yet at least widely exploited, at least in mass worm attacks.

If the user is unable to update for some reason, there are several ways to prevent vulnerability exploitation. You can disable Remote Desktop Services, block TCP port 3389 connections to vulnerable computers on the firewall, or enable NLA for Windows 7 and Server 2008 and 2008 R2. In the latter case, the vulnerability can still be exploited if the attacker knows any valid credentials.