WinMetro – Transforming Windows 7 Desktop To Mimic The Substance, Style And Interface Of Windows 8 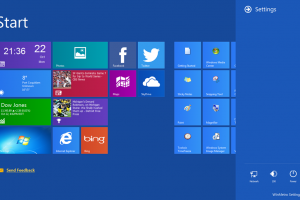 Users who are still operating on older version of Windows are given the ability to upgrade to a newer version with the help of WinMetro.

Do you want to be notified of updates on your favorite websites? 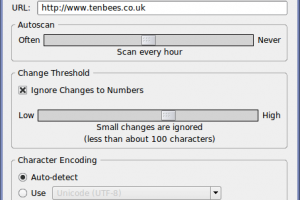 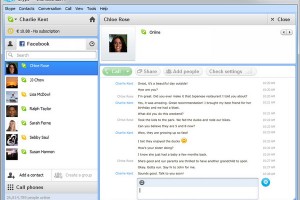 The new Skype 5.11 is released as beta version for Windows to have better synchronization with other Microsoft products and services.

Good news for social network users. This is the best time for strengthening your   favorite social network system, you can make them more powerful for getting optimum and excellent performance through downloading applications for your social network. You can use these in any social network- Facebook, Twitter and Linkedln. You […]

Monitor Your Children’s Online Activities and Protect Your Family

Know More About a Date Before It’s Too Late

The modern dating experience and the hassles that go with it are filled with funny stories and embarrassing events that you would rather keep to yourself. Only if it were true that we have someone suitable every time we go out dating, it would be a happier world for everyone but alas, this wish does not happen automatically. So the next best thing left for us to do is to find out more about a prospective date in order for us to avoid a miserable night with someone you wish you’ll never see again. So if you have experienced being with someone who keeps his mouth shut the entire time except when it’s time for him to feed himself, or when the girl you are with just can’t stop texting, maybe you are already asking yourself what to do to avoid a disastrous date the next time you go out.

Due to the increasing members of Facebook, the social networking site is now finding and implementing ways to keep its users safe from malicious software and this deal with McAfee is one step to it. However, this is not enough to completely protect users from reported phishing tricks, luring scams and other swindling traps that are occasionally dwelling on the networking site.

Here’s an overview of the McAfee and Facebook deal.

EPIC or the Electronic Privacy Information Center has yet again launched a heated debate over the new privacy settings that Facebook has updated and changed. This is the second time that EPIC has raised its voice against Facebook concerning the importance of protecting online user privacy.

The last complaint made by EPIC was when it announced that it was getting ready to file a federal complaint about the stipulation in Facebook Terms and Conditions that if any user were to register on Facebook and deleted his or her account, the information used in the account would be forever owned by Facebook.

In an unsurprising report released by Experien Hitwise, a metrics firm, the most popular social network in the United States is Facebook. The network, created by Mark Zuckerberg, garnered a landslide statistic of fifty-nine percent of American social-network traffic. The September ’09 report, which tracked and measured Web traffic from 155 total online destinations, posed some interesting ideas, though the information it revealed was not unexpected.

Hitwise’s report presents evidence that Facebook is evolving into the Google of the social-network family. Myspace, by comparison, seems to have more activities available to its users, and Twitter is – again, not surprisingly – seemingly impossible to measure accurately.