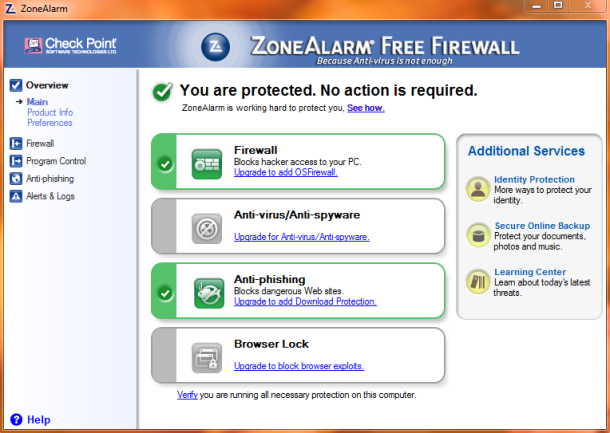 The tool provides a straightforward, simple and easy to use interface from where one can choose the required level of security for PCs, laptops and various kinds of programs which can assist in controlling what a user wants.

The tool helps in providing various functions and uses like filtering the outgoing and ingoing traffic, avoiding the unnecessary access of unauthorized individuals, providing easy for using interface and protection.

Due to the increasing members of Facebook, the social networking site is now finding and implementing ways to keep its users safe from malicious software and this deal with McAfee is one step to it. However, this is not enough to completely protect users from reported phishing tricks, luring scams and other swindling traps that are occasionally dwelling on the networking site.

Here’s an overview of the McAfee and Facebook deal.

One would think that using an electrical outlet to commit information theft would be the most implausible thing in the real world, and better, would be a great movie plot in Hollywood!

As it turns out, this fantastic idea has now become a reality. This July, 2009 at a conference called Black Hat USA, internet hackers will reveal their latest modus operandi in stealing information from other computer systems via the power outlet that the computer system or PC is connected to.