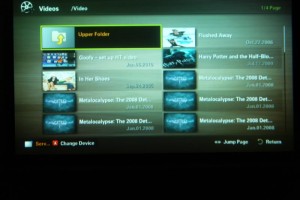 Petr Nejedly has announced the release of Serviio 1.0 as the premier version of the DLNA media server app. This is meant for Linux, Mac and windows.

Serviio is a program that can be installed on NAS drive of Linux. It can also be installed on a PC and a Mac. Users will have the privilege to stream music, videos as well as photos to another device that is DNLA enabled. These devices include mobile phones, smart TVs and specific selection of computers. The server comes with a console that is very useful in the administering of the servers settings. It is also easy to come up with a good section that you will be able to include in your library. With Serviio, you will be able to pull important information together as long as the media is named accurately. Vital information such as synopsis, titles and actors can be accessed from your data bases of the web. This should be web based data base that you have carefully selected.

Users will get a media browser that is lightweight and can be accessed from other computers. They will also be privileged to restrict content to the groups they have chosen. The other big advantage especially for pro users is the fact they will be able to access their media even when they are not within their home network. Serviio can be used as a free version after purchasing it and using for 14 days. It allows access into local network as well as the internet scrapping and the support of code. It is also possible to access content on the server through the use or apps like media link player Lite. This can also be done through VLC media player for Mac or Linux. Serviio is an important tool that will definitely make a remarkable impact. It can be downloaded for Linux, Mac OS X as well as Windows.