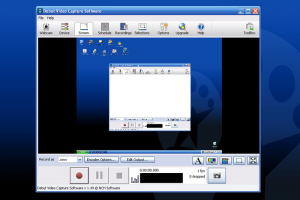 The Debut Video Capture software is an application tailored to ease the use of computers, as we know it. This easy to use application allows you to record video directly from your PC using a webcam or from any other external recording devices. The application also has the ability to take a snapshot.

The interface is very user friendly and it has all the features well mapped out on the main window of the application. However, before you get to enjoy the application, it is of paramount importance to setup the video before running the app lest it automatically switches to the screen-recording tool.

The Debut Video Capture boasts of these and many more very cool features:

The user has control over the sort of resolution he/she may want the video to be as well the videos frame rate. The application also adds to its user friendliness through its use of hotkeys. You can easily pause, stop or play the video using the hotkeys.