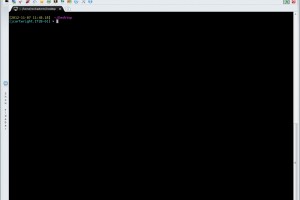 The tool is considered to be an advanced format for Windows for server, SSH client that is tabbed and other tools for networking that is used for remote computing. MobaXterm does have the commands of Unix that is used for desktop for Windows and it is in a single executable file that is of exe format. MobaXterm is considered to be a powerful tool that is aimed in helping system administrators, website designers and developers in carrying out tasks in remote format. The tool does integrate remote clients such as Telnet, SSH, VNC, FTP, Rlogin, Serial, SFTP, X11 server and other Unix commands from the server.

There are advantages of using portable tool is that utility program can be run on the computer without going through the steps of installation. Also the registry in the Windows need not get traffic with entries that are unnecessary. Copying of the tool in devices or USB device can be done and you can take it wherever you go. The user interface does have multi-tabbed environment for working which helps to launch and manage various terminals or sessions that are remote based at the same time. Also it does allow to switch tab between multitab, 2 terminals and 4 terminals and much more.

MobaXterm Portable does give the option to launch remote sessions in an easy way. You can even go for VNC, FTP, RDP, SFTP, VNC, Telnet or serial session. Each session is then saved automatically and you can even edit, move, delete, import or even export. Creation of shortcut on desktop inorder to activate a single session or a group can be done too.

The program does integrate with script that is bash shell and it does give freedom to run commands in Unix. There are various settings available that helps to change the background or font, foreground, anti-liasing and compatibility of the keyboard. The program also integrates various powerful Unix command utilities inline and also graphical tools, text editor that is apt for developers, image view, folder or file comparison, packet capture tool and analyzer of the port. Also you are allowed to add or drop file into the server that is available on remote basis using SFTP connection.

Overall MobaXterm Portable does come with all the required features that helps to work on a multi-level terminal that is embedded with X11 server and session manager that has network utilities.