A Better GIMP 2.8 Version Has Been Released 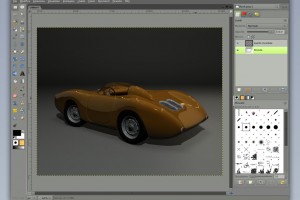 GIMP 2.8 has now been released as a minor entity but in real sense, it is going to make big news because of the new features included.

GIMP 2.8 is a cross platform image editor. For a long time, it has been used for windows, Linux and OS X. However, the previous versions of this program have been difficult to use especially when it comes to interface that use many windows. The release of the latest version comes as a breakthrough for windows’ users. It is now better and reloaded with the ability to give users the chance to work on a single window mode. Moreover, the previous version has always prevented users from using the image editor. This is not the case with the new GIMP 2.8. Nevertheless, if you are used to the previous working mode, you can still use its interface and still be able to enjoy the new features. Also, the usability of the program is now better than before. For instance, it is now simple to customize the dock windows. This is because the user is now in a position to create columns to house tools that he needs access to. The same thing applies to the shortcuts. Better use of space has also been catered for with the redesigning of individual dock elements.

The new version of GIMP 2.8 has also been equipped with better settings for saving and exporting of images. A lot of changes have been included to the way the layers work. For instance, it is now possible to group the layers and make them easier to work with. The menace of layered images becoming flatted has now been solved in the new release. The old version of GIMP 2.8 did not offer users options of editing text directly on the canvas without necessarily moving to a separate window. This is now possible with the reloaded version especially when you are incorporating texts into images.