DivX Announces The Release Of DivX Plus 9 Player 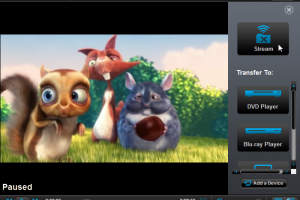 DivX has announced the release of its new software called DivX Plus 9. This is software that includes a player, web player, converter and a coded pack.

The new software promises to be stunning because of the major steps and improvements included in the build. To start with, DivXPlus 9 is equipped with a transcoding engine for videos. This is an inclusion that makes the acceleration of hardware to be easy. The hardware can be easily encoded to an Ivy bridge CPU. According to the reports from DivX, the new software can make the converter to run faster than the previous technology. IPad and IPhone users are also going to benefit because the software comes with friendly output profiles. These are profiles that will make conversion of footage to MP4 to be swift and speedy.  This is intended to benefit users with the new shape of iPhone and iPads. To top it all, the player has been equipped with reliable media servers that can support DLNA.

DivX has announced that it is going to charge for any MPEG-2 plug in of the converter. This is yet to be seen because everything is set to unfold as the new converter is being released. Nonetheless, there are also a few drawbacks in the DivXPlus 9 version. For instance, the encoding of the hardware is not guaranteed for all users because it depends on the Intel drivers of the system you are using. Needless to say, the conversion is also not guaranteed because it rejects particular file names. The player rejects files that include the & figure. These are the major disadvantages of the player but despite all this, DivX has assured users that the new player is arguably the best and a step in the right direction. Currently, it is available for download.