SiSoftware Sandra 2013 To Be Released With Windows 8 Compatibility 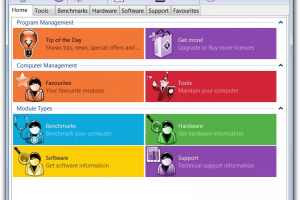 A new tool for benchmarking and analyzing has been launched. The SiSoftware Sandra comes with updated features with compatibility and support for windows 8. Understandably, the new 2013 version has been proved to have myriad enhancements and improvements that make it better than its predecessors.

There are many expectations in the SiSoftware Sandra 2013 version. It is expected to be fully compatible with the latest MS operating system versions. There is also a new update notification system that can enlighten users about drivers and BIOSes. This is an update and feature that will benefit those who are in need of commercial versions. For keen observers, the changes made to the benchmarking process are evidently clear. It gives average results and also gives the user a good chance to discard results that are unusual and not useful.

SiSoftware Sandra 2013 has important and significant changes that makes it user friendly. The memory testing is obviously better than the previous versions. All the latest memory technologies are supported and architectures have been tested appropriately to ensure there is compatibility with the new version. The fact that it is compatible with windows 8 means that the new Sandra tool features a modern interface. Users of older versions of windows also stand a chance to benefit from the new improvements. SiSoftware Sandra 2013 is now available in different versions that users need to select. There is the enterprise version, FreeLite version and the Business version. The paid for editions are better and effective. If you take serious interest in your computer, it is no secret that this new entity in the market is a valuable tool that you ought to have. According to SiSoftware Sandra 2013 review page, interested users can get more information about the program by visiting the official website and review page. All in all, the versatility and functionalities of this program gives its performance a short in the right arm.