Rkill For Removal Of Malware Threats From Your PC 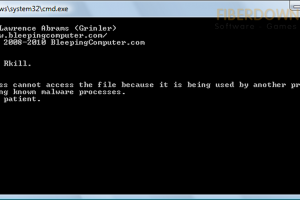 RKill is new software that can help remove stubborn malware. If the malware has passed the antivirus protection that you have installed in the system, you can use this software to fight it.

It is important to block malware before it can attempt to infect the PC. The consequences of a malware infested PC are too damning to fathom.  In many cases, it leads to slow performance and loss of data. Malware have developed adaptive features and now bypass the protection that you have input in the system. The threat can camouflage in files and prevent the users from running other meaningful programs. RKill can come in handy if you want to remove the threats. Even though the program is small, it has all it takes to identify, kill and terminate any malware processes in the system. It is very helpful especially in situations where the PC has been infected and the use is unable to access the security software. You only have to run the RKill software and it will delete the malicious processes.

RKill is an easy to use software. There are configurations required before you can start using it. However, users are warned that they should know when to use the program because inappropriate use can cause critical problems and the software may also terminate processes that are useful for the normal running of the computer. The program should not be allowed to tamper with any useful applications of the system. It is also advisable to save any current work that you have been doing and close all the programs that are open lest you loose them. With this in mind, it is easy to use RKill to tackle all the malware emergencies that may occur. RKill is a good software that joins other existing malware fighting programs to tackle malware threats.