Emulating The Most Famous Photoshop with Artweaver 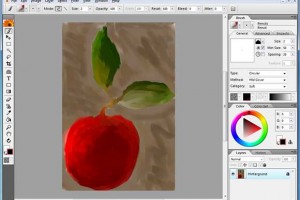 The Artweaver is a simple and easy to use freeware program which works quite compatible in the Windows OS and is simply designed to imitate the most popular Photoshop. The Artweaver has the ability to support most of the various kinds of the image editing and digital brushes. In addition, this can be used for editing most of the basic and common images which are in various formats like GIF, AWD, BMP, JPEG, TGA, PCX, PSD, PNG, etc.

In addition, the Artweaver is nowadays available in many kinds of languages and there is a portable version which can be downloaded online. Artweaver is a simple freeware raster and graphical editor of the Windows OS and this was developed by Boris Eyrich.  Basically, like the latter ones, the Artweaver has the ability to simulate the various range of classical effects like pastels, oil paints, airbrushes, pencils, etc, so that an artistic look or image can be created.

Also it offers a great filter effect such as blur, sharpen, mosaic, emboss, etc and even the transparency and the various layer support which can be available in AWD format. Another interesting feature of the Artswear is that it can support and handle various common format of files like GIF, JPEG, BMG, TGA, PCX, PNG, TIFF, PSD, etc. Even though the JPEG, BMP, PNG, GIF, etc don’t have the layer support, still they are the most common formats used by people.

Even the program has got all kinds of standard images and editing tools such as crop, gradient, selection and fill tools which includes magic wand and lasso, pen tablet support, and the list goes on and on.

Do you know that the Artweaver can be compatible in Linux? Not only that even in Unix similar operating system, it works quite effectively.