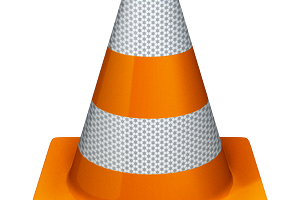 Recently, VideoLan had released the latest version of its VLC Media Player. The VLC Media Player 2.2.1 is apt for desktops and the release was in accordance with the release of OS like Android, iOS and the along with others OS run devices like WinRT, Android TV, Windows Phone, etc. Basically this tool has got extensive features and one of them is the built-in extension manager. Yes! With the extension manager which is already built-in of the device, there will be no manual tweaking.

All you would have to do is click on the Tool option and select the Plugins and Extension option. Then you can browse and install the things that you need. And another interesting thing is that when you open an audio or video file, which was played earlier, the program will ask whether you want to resume at the point you left off. This is an interesting feature which most of the mobile and video player devices are having for a long time.

In addition, the VLC 2.2.1 can easily and automatically find out the rotated MOV, MP4, raw H.246 and MKV and you can even rotate them back with the help of the hardware acceleration. Another interesting aspect is the improvised compatibility with regard to various formats which can support UltraHD video and Digital Cinema Packages. The interface update displays that the Android driven UI would be following the Google Material Design. And the VLC OS X would in turn become compatible with Yosemite.

If you try to install the given updates over the current and available VLC version, then you would find out that the program may not work as per your expectations and requirements. Most users felt that the resume playback was an unwanted feature as most of them never care about the constant reminder of resuming the playback and even the Extension Manager does not display or find any kind of add ons in such criteria.

Critics and online users who tested the tool felt that maybe it could be due to the quirk present in the test. Most of the tools or testing techniques suffer from such drawbacks and in case such things often occur, then the feasible solution would be uninstalling the current build and then you can re-install the VLC Media Player 2.2.1 i.e. the 64-bit right from the scratch. Most people feel that the problem can be resolved and the new feature can be worked out much easily.