Apple Swift 2.0 Is Going To Be Open Source 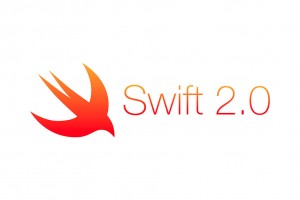 The ideology of the Apple is so much closed as a company. The operating system of Apple functions only on fixed hardware which are selected by the company itself. It requires high app storage guideline and you can’t opt a default browser for it on iOS. You must have to use Safari and other than this you can’t use. For browsers other than Safari, you have to use a WebKit.

The good news for Apple user is that Apple Company softening this ideology very slightly. They have announced that they are going to make the programming language of Swift 2.0 as an outsourced one. Obviously, it is a miraculous announcement.

We are excited about the opportunities, an open source Swifts Creates for our industry. Based in safety features combined with excellence speed mean it has the chance to dramatically improve the software using C-based languages. Swift is packed with modern features, it is fun to write, and we believe it will get used in a lot of places. Together, we have an exciting road ahead.” Apple, the fruit logo company further added.

At the time of conversation, they leave the talk about Windows and says that Swift will be the favorite platform for all. Although Windows is a most prominent desktop OS, not mentioning the name of it means that it will not be Swift will not be open source for all.