Router Commander – Tuning the Router as Per Your Necessity 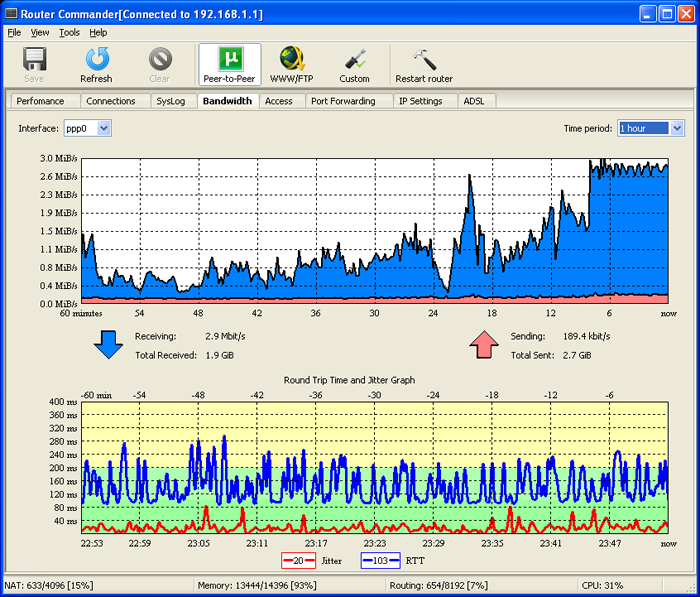 In addition there is the email notification which would inform you about the various aspects like the changes in WAN address, wireless connections, and Syslog messages available from the remote router. This is where the Router Command can be of assistance. Basically, using the Router Commander, one can simply be able to tune the available and current router settings to an extend where it would provide maximum performance which can lead to faster online surfing, downloading files and playing online games. The tool can be used to know what is going on with the various routers which are using Routing, NAT, Memory, CPU usage indicators, bandwidth monitors, Built-in Syslog server.

Another interesting advantage of using the Router Commander is it allow you to know what is happening with the Router by using the Routing, NAT, CPU usage indicators, Memory, bandwidth monitoring, etc. Also the notification through email is one of the best means of being aware of the WAN address. Unlike the various other software available online, the Router Commander is not just limited to the number of available port forwarding rules or any other kind of router’s web based interface limitations.

Basically, the Router Commander can easily help in securing the wireless network. Even the unauthorized and wireless connections can be easily be logged, detected and blocked too. There are various advantages of using the Router Commander. One is that the user does not need to reset the router on daily basis. The auto port forwarding feature helps in keeping the user away from all kinds of boring router’s web based interface and port setup. Another feature is the presences of the dynamic balancing of NAT and RT sizes which can provide a better space for the torrent connections.