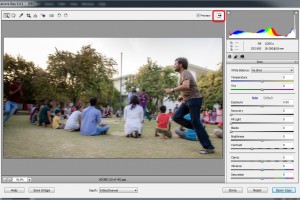 Digital cameras can easily produce various kinds of raw format images which can be easily converted and processed to any kind of editable file format and that too just before making any kind of adjustments. The Adobe Camera Raw 9.2 is a simple and easy to use Adobe Photoshop plug-in which easily allows one to gain access to raw images and formats that are created by various collections of digital cameras without the usage of third party devices. The tool can work with raw files which are created by Konica Minolta, Kodak, Canon, Olympus, Minolta, Samsung, Ricoh, Leica, Leaf, Sony, Sigma, Casio, etc.

The plug in of the Adobe Camera Raw tool works quite well with various raw files that are designed by Kodak, Canon, Olympus, Konica Minolta, Samsung, Ricoh, Leaf, Panasonic, Leica, Sony, Sigma, Mamiya, Casio, Pentax, Nikon, Contax, DJI, Phase One, Fujifilm, Epson, Nokia, Hasselblad and other kind of digital cameras. But you do need to simply keep in mind that there are only certain camera models which can support the tool and it should be important that the user has to verify and check from the Adobe site to see if the files generated by the given device can be easily processed.

One thing that users have to keep in mind is that the they would be working directly on the given digital negatives even thought the original files are intact. The plug-in window of Adobe Camera Raw easily allow the user to visualize the various images and it even consist of the basic editorial tools that would easily help you view the histogram of images and even adjust the given image exposure and the list goes on and on.

Another important feature of this tool is that it is one of the easily accessible image processing and design tool. In this before one exports the raw image files, the Adobe Camera Raw tool would offer the major opportunity to adjust the given image tone.