Why You Should Reconsider Upgrading To Windows 8? 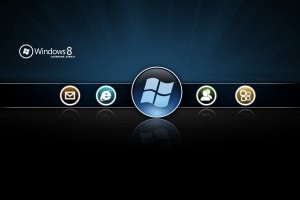 There has been comparisons made on the Windows 7 program and the lately introduced Windows 8. Their performance normally depending on the type of computer but the bottom line is that using the newly introduced Metro UI is not anything to go by since it has nothing new coming by with it. Compared to the monstrous labyrinth, the desktop of the UI is nothing new t all. The desktops for instance are all the same while the general configuration of the computer is still the same. It is worth nothing though that the classical display has been eliminated but it does not change the fact that the configuration is still the same.

Windows 8 allows a lot of unnecessary documents to be kept in the computer. This in a great way ruins the computer and makes it perform at a very slow pace. A perfect example is that the notification area becomes quite crowded. This is normally automatically eliminated by the windows 7 system it is quite unfortunate that the upgraded program cannot eliminate the many notifications.

Memory management has also been a problem when it comes to windows 8 program. Basically if you have had a good experience of the two programs, you will agree with me that the windows 8 have no better memory management program. At the end of the day it is good to always identify which program to go by since it will greatly determine the performance of your computer. It is simply a personal decision.