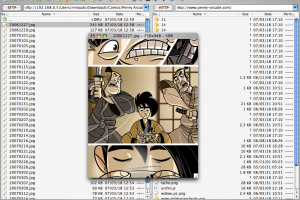 MuCommander has been updated and now comes as a better open source tool. It comes as a good solution that can be able to run across different computers.

MuCommander is better because it works in a similar manner like the other file managers. This tool is able to provide a dual panel window that makes its use to be easy and diverse. In this way, the user is able to have a convenient access to destination and source folders. Navigation has also been made easy because this file manger gives the user the chance to bookmark locations. When it comes to the use of networking protocols, it is easy to connect to remote sources. The usefulness and ability of the app to function well has been boosted by built in tools such as the file packer and the text editor. The only disadvantage is the fact that the app is restricted in some areas of functionality. The main reason is because it is built on Java. For instance, it becomes impossible for the user to tap into his or her won operating system. Yet at the core of it, it will be the sheer responsibility of the user to be vigilant while opening files and apps. Files and Apps such as OS X and OpenOffice need to be launched first before proceeding to the next step.

Nonetheless, these are the only niggles and drawbacks that discredit the new file manager. Needless to say, it is a potentially useful app with new improvements and better features than the previous versions. Apart from a better display of long file names, there is also the accomplishment of natural file ordering. Long file names can begin and end with displays so that the identification process becomes simple. Copying one file to another while opening two separate windows is now going to be easy. As a multi platform user, it is no doubt that this file manager is going to be useful to you.