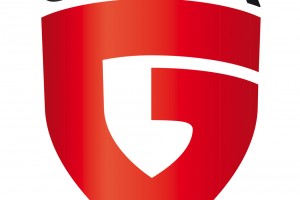 It has been announced by G Data that their new product line which include G DataInternetSecurity 2014, G Data Antivirus 2014 and G Data TotalProtection 2014 which is a high end product are now available.

In particular, the company is highlighting its CloseGap technology which appears to provide effective and fast protection to computers against malware. It uses both proactive and reactive techniques on malware detection with the right balance.

We are not quite sure what that means. But in case you want something that is more specific, an Autostart Manager is included in the entire range which will speed up boot times. It really is an integrated program to delay certain programs that autostart to get your desktop to load quicker.

There is also an added option of device control with TotalProtection 2014 by G Data that allows you with the option to define the external storage drive to be used for reading or writing data. For instance, you could create a rule that allows only your USB drive to do the backing up of data. When you do so, other drives will be denied access.

The newly reengineered interface is easier to use. Though we have heard it before, there is real improvement this time.

In general, G Data also declares that its technology on Bank Guard (technology used for the protection of online banking and shopping) and also behavioral monitoring options have been enhanced.

This is not such an exciting upgrade. The most interesting added feature is device control. Even that is available only with the top version of the range.

Antivirus engine of G Data is still one of the best. It topped the list once again in the latest A V Comparatives tests for file detection. As such, if you need accuracy it is better to go for the new range. 30-day trials of G Data InternetSecurity 2014, G Data Antivirus 2014 and G Data TotalProtection 2014are there now.