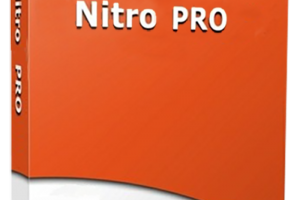 Nitro Pro has launched its awaited major new version after 1.5 years. Since the last primary release, this is the first time it has come up with the leading new version of the software. Nitro Pro is one of the award-winning and popular Acrobat Alternative tools that can create, edit and convert PDF.

Nitro Pro 10 version has developed a completely new tool for constant tasks. It is a batch processing tool. It has again added the easiest and user-friendly drag-and-drop support by which one can easily create PDF and copy pages between the documents. Some more features it has added are PDF portfolio creation, massive support for different cloud-based services and PDF/A conversion.

Although some new scattered features have been added across the different aspect of the program but it is practically the interface which is like the identical ribbon-based one and like the earlier version of the program the current version is based on Office 2013.

The software supports twelve actions and six of them is to convert the documents to various PDF/A or office format and other supports the actions that incorporate the password security and print, OCR, execution of all java scripts and deleting all files. The user can manually do the work. Building up a sequence user can do either one work or more work at a time and click run for selecting the files that perform the actions on. The file tab of the program also makes some shortcuts to the cloud service tools which are supported and it is assumed that the tools are properly installed as well as present there. It supports other online storage services like Dropbox, OneDrive as well as Google Drive.

At the home tab, the new PDF portfolio creation tool has been revealed and it helps user to combine the files and run it through any format into a PDF wrapper which is single and this facility is similar to zip file. User can again open the portfolio that allow the user to surf and view as well as extract files for editing as a different copy out of the wrapper but the files which are in the portfolio will be remaining unchanged.

The program has some enhancement also. It supports the integration of Nitro cloud the online PDF sharing and collaborative service. The cloud also widens the selection of the online collaborative tools with various services like online marking up or making a comment.

The user can copy all the pages between the PDF files which are opened by dragging as well as dropping from the side bars on the target window.

Nitro Pro 10 is a free 14 days trial program. It is a fully functional and downloadable PC version for windows. The full version requires purchasing. So let’s have a 14-day trial journey for Nitro Pro 10.0.