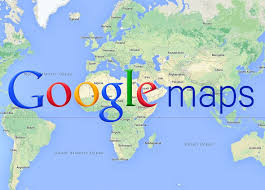 Just a month back, Google had released its last update. However, things have changed now. Recently, Google has introduced a  new tool Google Map for the iOS 4.17. Now the big news is that taxi services have been added to this tool and the comparison of the route option for six countries such as UK, India, and US.

There are various taxi services supporting or using this app like Uber, plus 99Taxis (Brazil), Hailo (UK and Spain), Ola Cabs (India), Getti  (UK). For this service to work, the given taxi provider’s app needs to be installed as well as configured on the phone or tablet of the user. And once it has been done, the nearby taxi services of that provider will be available and this will appear on the new tab, giving users the estimated fares and times of the arrival. All the user needs to do is simply tap the fare for switching to the app of the provider in order to complete the booking.

This update has other major advantages which makes it possible to save walking, driving and biking routes that you might take in the future. The best part is that this feature is enabled by default and if you simply want to switch this off (it also includes to tweak the available options), then you have to click the ≡ button which is located next to the From box and select the ‘Router Options’.

In addition, there is a single final improvement which shows that Google Maps displayed the saved and recently accessed maps availble to the Spotlight searches. With a simple tapping on the result, it would whisks users off to the given location present in the app. Now this update is just rounded off with the most common and unspecified bug fixes. You can get the Google Maps tool for the iOS 4.17.0 for your iPad, iPhone and iPod touch which runs on the iOS 7.0 and the later versions of the operating system.