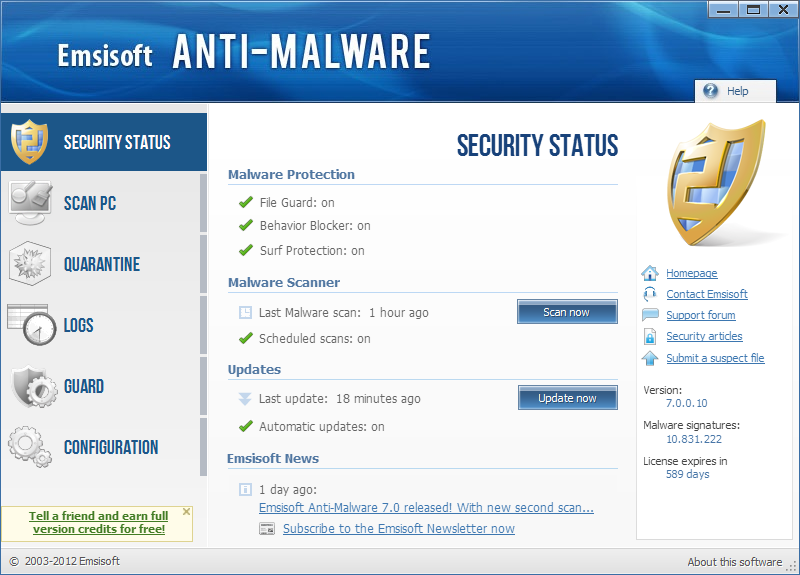 The tool is quite cost effective and has got two excellent malware and virus scanning advanced technologies in the industry. 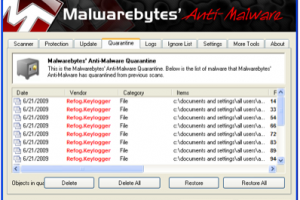 The Anti Malware from MalwareBytes is known to function like blocking the installation or running of the malware.

If you have had problems with your computer, then you probably need the freefixer anti-malware tool. All you need to do is to allow this tool to scan your computer. Within a short time, the freefixer will quickly identify all the files with malware.

The official successor of Ashampoo AntiSpyWare and Ashampoo AntiVirus has been developed from scratch and combines the best of both technologies all in one solution.

Stop viruses, spyware and other malicious software! – We detect more than others.

Lavasoft’s antispyware application, Ad-Aware Pro has nothing special that goes with its release as an anniversary edition, which costs $40 to buy. The test conducted on Ad-Aware Pro resulted in nothing that could be looked forward to. It failed miserably in detecting several adware, spyware and other malicious files. As, this was not enough Ad-Aware Pro also has an interface that is very complex to be operated by an average user.