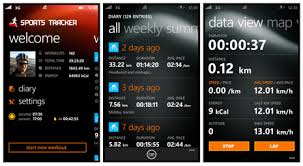 Windows Vista Readyboost was a real disappointment, with the only winners flash drive manufacturers as users rushed out to but new flash drives in an attempt to get better performance.

Comparing Some Basic Features since XP and Vista

Look forward to innovative changes since the Vista and XP versions of Windows in Windows 7. With these great nifty and fresh changes and new features that we got used to on the reliable XP version and the less-than-perfect Vista, you will find yourself anticipating using Windows 7 on your own PC.

The Boons, Banes and Mysteries of Microsoft’s Window 7

If you are unsatisfied Vista user, you can bring your chin up and look forward to the upcoming release of the Windows 7 operating system. The last truly successful operating system release by Microsoft was its Windows XP which had many happy and satisfied buyers. So after the unexpected flop of Windows Vista, the millions who had bought the product and ended up being disappointed in it, are now feeling cheated and feel that Microsoft owes it to them to release a fully functional and almost-perfect Windows 7 version, which should be offered to Vista users at a more than reasonable rate.

When Microsoft announced that its next version of the Windows operating system will start rolling out, owners of Vista Ultimate, Microsoft’s current premiere operating system, were anticipating that they would be given preferential treatment in terms of discounts when the owners finally make the upgrade to Windows 7. However, Microsoft’s decision to exclude Window’s 7 Ultimate on a time-limited discount on pre-orders left many Vista Ultimate owners dismayed.