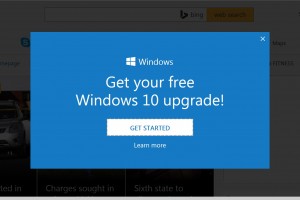 You might grumble about the constant advertising of Windows 10 features and updates by Microsoft, but it is appreciable as the company is pushing all the buttons to get the latest version of the Windows installed

Opera browser gets double speed with built in ad-blocker 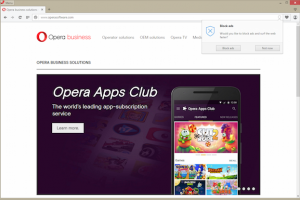 The leading browsing solution provider from Norway, the Opera Software, this week has announced that it is going to double the browser speed for all the users. 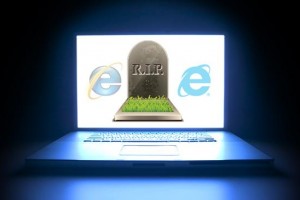 There are several settings in the Internet explorer security zones. They allow you to control your system and website activities. You can find them in the catalogs and sometimes it can be so difficult to detect some errors. However, this is achieved by the use of IEZone Analyzer 3. This program […]

IE9 is an abbreviation for Internet Explorer 9. This is the newest version of the Internet Web Browser from Microsoft. It is indeed a revolution in web browsing. IE9 is a highly ambitiously released product and is as well a highly polished product. IE9 is definitely a product that continues to […]

A New IE Patch from Microsoft

Microsoft, on 30th March, 2010, made an announcement stating that it would issue a security update for Internet Explorer (IE) in the emergency category. This update is designed to patch up any security gap that has taken place in the last few weeks. The update is, indeed, crucial in that sense. Microsoft is known for its zero tolerance attitudes towards a security breach lest that destroys its goodwill in the market.

The update is, in fact, an update that is out of the previously settled communication method of Microsoft. Microsoft generally issues updates like this once in a month and this time it is breaking that trend. It is worth mentioning contextually that Microsoft Corporation last dispatched a rush Internet Explorer update to its customers in the late January this year. It was intended to repair as many as eight defects in its browser application. Even, one of these defects had been manipulated by the hackers to attack the networks of several business corporations. These networks included those of even the giants like Google and Adobe. This has definitely been regarded as a potential threat to the safety reputation of MS Internet Explorer pretty decisively.

According to Microsoft, the owner of the web browser Internet Explorer, all consumers using old versions of the program were exposed to hacks.

Reports said that last Friday, a code was discovered posted in the Bugtraq mailing archives. Symantec, an internet security provider, expressed their concern about the effect of the code on a computer. They said that even though the code doesn’t work perfectly, it can still cause harm when unaccredited software is installed in one’s computer.

The Evolution of Internet Browsers in Mid-Nineties

IBM launched its operating system OS/2 in the year 1987 to work on PCs. After seven years in 1994 IBM served its own web browser called WebExplorer a free download for OS/2 users. IBM bundled WebExplorer in OS/2 Bonus Pack from April 1995 and had collection of applications put together in a CD and included with Wrap.

WebExplorer had integration of mail and news and users were able to have a look at browsing history through WebMap. A links menu had all the links on the viewed webpage organized in a pull-down menu. This was used in conjunction with Voice Type voice navigation of IBM.

Internet Explorer Will Ship With Windows 7 After All

Microsoft’s operations in the European Union have always been rocky and have already twice been punctuated with hefty regulatory fines. In a 2004 anti-trust ruling, the EU fined Microsoft 497 million euros (794 million dollars) and asked the software giant to remove multimedia software in copies of Windows XP that were to be sold in Europe. The reason given for the order was that Microsoft was stifling competition in the software market by not fully disclosing how non-Microsoft software could interact with Windows. In 2008, the EU meted its biggest fine ever. Microsoft was levied 899 million euros (1.3 billion dollars) for not complying fully with the conditions that the EU set forth in the 2004 ruling.

Ashampoo Internet Accelerator analyzes your computer and optimizes all the relevant settings with a single click.